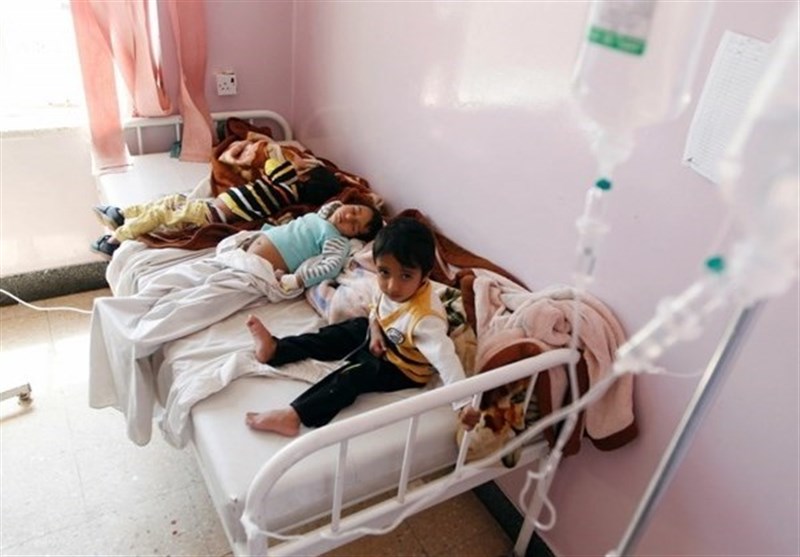 Cholera is surging once again in Yemen, with the UN reporting that the number of suspected cases has doubled in March over previous months and doctors in overwhelmed health facilities fearing it could rival a 2017 outbreak that spiraled into the world’s worst flare-up.

The surge underscores how Yemen, which has endured multiple outbreaks of cholera amid four years of war, still isn’t able to stop its spread, according to Washington Post.

At al-Sabeen Hospital in the capital Sana’a, beds are full and patients sleep in tents in a courtyard. Some of them wait for treatment by lying on cardboard under trees, with IVs dangling from the branches.

“We receive cases around the clock. Sometimes three to four cases a minute,” said Dr. Ismail al-Mansouri. “The hospital is under heavy pressure, as it receives patients from across the country.”

Even the doctors are not immune: Al-Mansouri and several other staff have caught cholera. On March 28, one of their colleagues, a well-loved pediatrician, died of the disease.

Two other outbreaks since 2016 caused more than 1.4 million suspected cases and killed more than 3,000 people. Most of those stemmed from an outbreak that began in April 2017 and grew into the world’s biggest.

The spread has slowed since late 2018, although it never stopped. Now, seasonal rains that began earlier than usual this year have caused a spike in the disease.

There were 76,152 new suspected cases and 195 deaths in March, compared to about 32,000 cases in February and 39,000 in January. The March toll brought the number of those believed to have died from cholera this year to nearly 300.

“The outbreak this year is much worse and the situation is very dangerous,” said Adel al-Alamni, head of the cholera treatment center at al-Sabeen.

Cholera is spread primarily by water and food tainted with feces. It usually can be treated if caught early, but it can kill swiftly by dehydrating its victims through vomiting and severe diarrhea.

The destruction wreaked by an over-five-year Saudi-backed war on Yemen that created prime conditions for cholera’s spread.

Fighting and airstrikes have damaged sewage systems and water stations. Most people don’t have access to clean water, particularly the more than 3 million driven from their homes by the war. The main water treatment facility outside Sana’a has broken down. Sewage water is often used to irrigate fields, potentially infecting food supplies, and it leaks into wells, the main source of water.

Health services and trash collection have further broken down because about 1 million government employees have largely gone unpaid since the Central Bank was moved in 2016 from Sana’a to the southern city of Aden.

The cholera adds to what is already the world’s worst humanitarian crisis. Nearly two thirds of Yemen’s 23 million people are in need of some sort of aid and possibly tens of thousands have died of malnutrition, preventable diseases and epidemics.

The surge in cholera has been centered in districts around Sana’a and other parts of the north. The relief agencies Doctors Without Borders and Save the Children warned last week of an “alarming spike” with 1,000 children infected with suspected cholera every day.

Most of the patients at al-Sabeen Hospital are children under 10, al-Mansouri said.