June 11, 2020 34935 0 0
August 8 – In the year since the Saudi coalition in Yemen bombed a school bus and killed 41 children, the war in Yemen has killed or injured nearly 1,000 more children, according to a humanitarian organization. 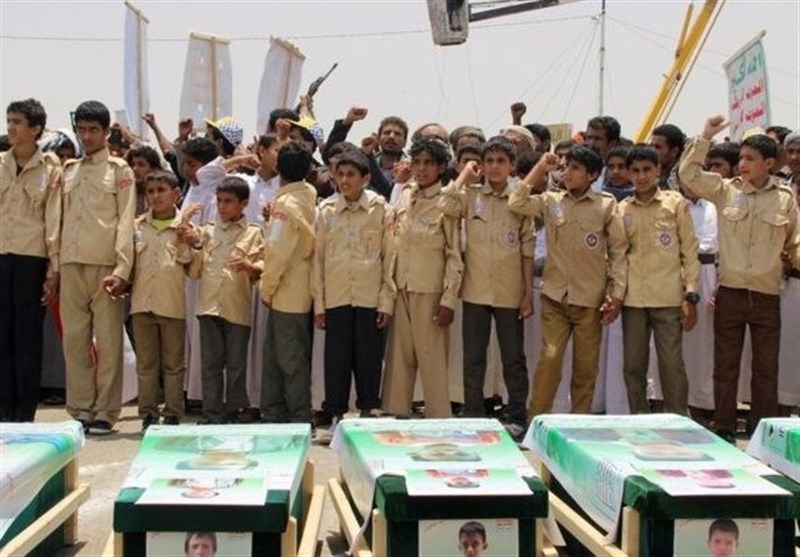 TEHRAN, Young Journalists Club (YJC) – At least 335 children have been killed and another 590 injured, according to Oxfam International, citing data from the U.N. Civilian Impact Monitoring Project.

The bus bombing by Saudi warplanes took place in August 2018. It was linked to war crimes, with the United Nations saying the attacks have targeted civilian infrastructure and are responsible for “most direct civilian casualties.”

Saudi airstrikes hit the bus while it was on a summer school trip in the city. Initially, the coalition’s spokesperson, Col. Turki al-Malki, denied the attack but ultimately said the strike was made in error.

The Armed Conflict Location and Event Data Project has estimated that more than 90,000 people have been killed. In addition to the Saudi-led aggression, Yemen has been gripped by famine and a cholera epidemic that have killed countless more in what the UN has called the world’s worst humanitarian crisis.

According to Save the Children, a humanitarian aid group, 85,000 children have died just from starvation.