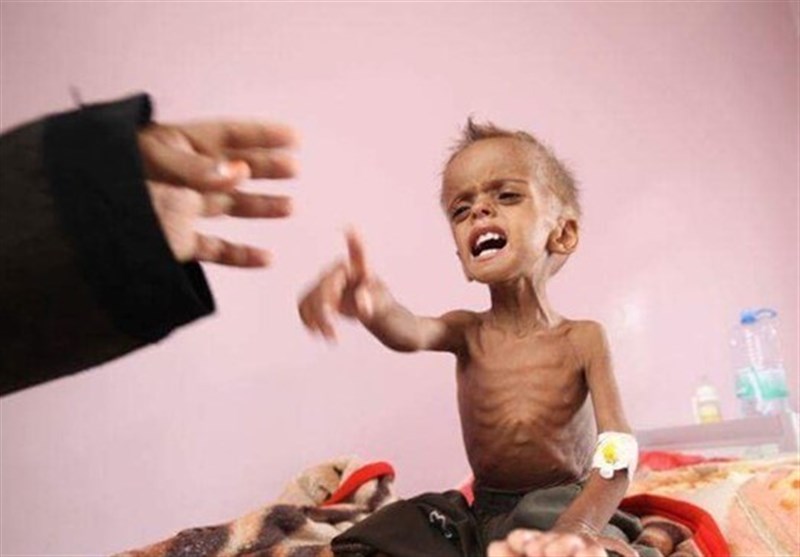 According to a report released on Sunday by the Yemeni-based Organization for Women and Children’s Rights, 7,500 children have fallen victim to the ongoing Saudi-led war, since its start in March 2015, Press TV reported.

Of these ill-fated children, 3,672 were killed and 800 others were paralyzed, it said, adding that the rest were either maimed or received other kinds of life altering injuries.

Separately on Sunday, Yemen’s health ministry also confirmed that 800 children are suffering from permanent disabilities due to wounds they received in Saudi-led airstrikes during the past five years or so.

It added that 80,000 children also suffer from multiple types of war-caused psychological and neurological maladies.

According to the ministry, around three million children under the age if five are also suffering from malnutrition, 400,000 of whom are suffering from severe malnutrition and are at risk of death every ten minutes if they do not receive appropriate medical care.

It also said that the closure of Sana’a International Airport prevented approximately 320,000 Yemenis from traveling abroad to receive treatment, of whom 42,000 lost their lives. Thirteen percent of the dead were children.

Saudi Arabia and a number of its allies launched a devastating campaign against Yemen, with the goal of bringing the government of former president Abd Rabbuh Mansur Hadi back to power and eliminating the Yemeni Houthi Ansarullah movement, whose fighters have been helping the Yemeni army significantly in defending the country against invaders since the onset of war.

The US-based Armed Conflict Location and Event Data Project (ACLED), a nonprofit conflict-research organization, estimates that the war has so far claimed more than 100,000 lives.

The Saudi-led war has also taken a heavy toll on Yemen’s infrastructure, destroying hospitals, schools, and factories. According to the United Nations, more than 24 million people are in dire need of humanitarian aid, including 10 million suffering from extreme levels of hunger.

The invading coalition has also been enforcing a tight embargo on Sana’a International Airport — which acts as a lifeline for the impoverished nation — since August 2015, when it also imposed a tight naval blockade on the country, particularly on Hudaydah, which acts as another lifeline for Yemen.

More than four years later, the coalition has been bogged down in the war, which it had wished to end in a matter of “months”.

A number of Western countries, the US, France and Britain in particular, are accused of being complicit in the ongoing aggression as they supply Saudi Arabia with advanced weapons and military equipment as well as logistical and intelligence assistance