18 Million Yemenis Have No Access to Drinking Water: Report 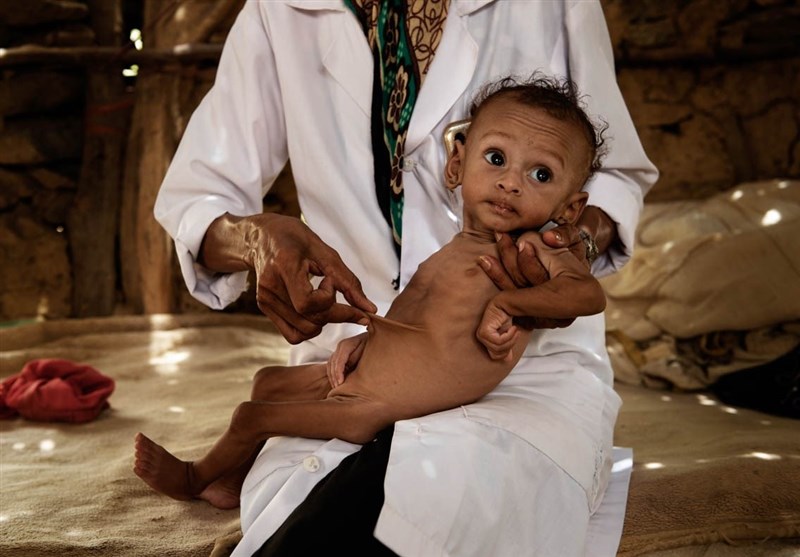 Last month, a local non-government organization said even the water supply in Yemen had been “weaponized”, referring to the country’s unclean water, which breeds cholera, according to Al Jazeera.

There are 18 million Yemenis with no access to drinking water.

In the past years, the shortage of drinking water triggered a cholera outbreak that impacted 1.2 million people, making the epidemic the largest in history.

According to the Yemen Data Project, a Saudi-led coalition waging war on the Arab country has carried out 20,000 air attacks, one-third of which were on non-military sites, including hospitals and schools.

The damages, combined with an air, naval and maritime blockade imposed on the northern areas, have paralyzed people’s access to basic goods.

At malnutrition prevention centers across the country, dozens of people queue every day for hours for a medical examination and a pack of soy.

“Today, my daughter is constantly vomiting. I brought her here hoping someone would see her. I don’t know if it is cholera or an infection,” a Yemeni citizen said.

“We are very poor. Before the war, I worked in Saudi Arabia. Today, I have no job, house nor the possibility of moving. Our situation is disastrous, we have only God’s help,” said the father of 11 children.

Ahmed said they do not have nutritious food to give the children. “They eat just flour every day. Sometimes they don’t get vegetables or fruit or milk for weeks.”

The thing that makes him suffer the most, he said, is feeling like a beggar. “The war took away my dignity.”